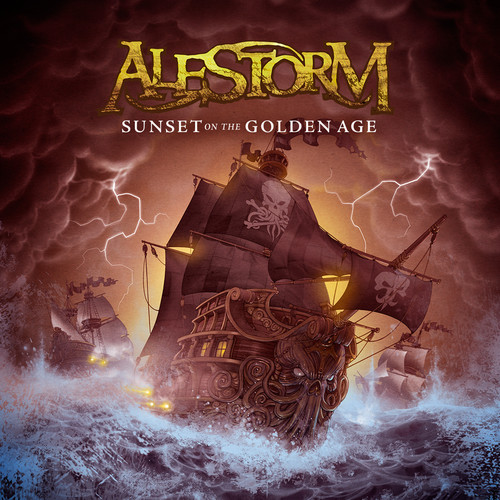 ALESTORM present their outstanding 2014 album Sunset on the Golden Age. Catchy songs with an abundance of parrots and eye patches showcases the piratical life on the seven seas. A real treasure for pirates and rum-loving landlubbers! Captain Christopher Bowes and his crazy crew are sailing through `Bacon Powered Pirate Core´ with sleek keyboard riffs influenced by Folk Metal and classical Power Metal. Alestorm has again completed a brilliant performance in the studio and presents us a skillful follow-up to their third studio album with this new masterpiece. Cast off and Ship AHOY!