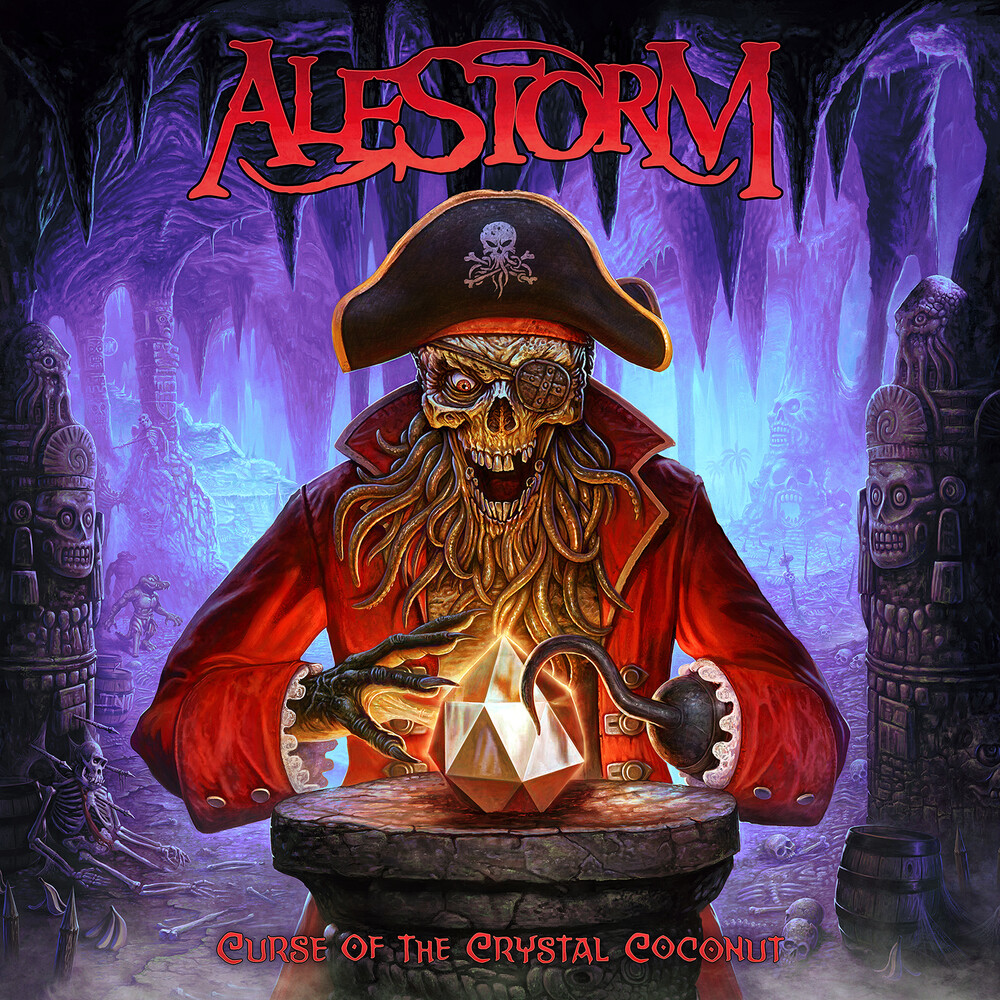 Deluxe two CD edition includes bonus CD containing 16th Century interpretations of the songs on the album. 2020 release, the sixth album from pirate metal band Alestorm. Eleven tracks presented in Alestorm's typical unadulterated, chaotic fashion will pull the rug out from under your feet. Adding to that are guest performances from musical greats like Ally Storch of Subway to Sally (violin on the entire album) and Captain Yarrface of Rumahoy! A must-have, riff-laden anthem at any party, "Treasure Chest Party Quest" takes the listener onto a journey into the depths of Tortugas darkest taverns and Christopher Bowes' unique sense of humor. The smashing, lively track "Chomp Chomp", featuring vocals of Vreth of Finntroll, may make you never want to enter the open waters again, but will definitely entice you to dance along with it's addictive melodies. "Pirate Metal Drinking Crew" is yet another foot-stomping anthem on the album that excels with a catchy rhythm and indelible hook. Be careful to not anger the great pirate Scurvy, or he might just unleash the Curse Of The Crystal Coconut with the brutal riffs of the "Pirate's Scorn" upon you. Whether the album makes you want to grab a fresh coconut and sip it or open up a nice bottle of beer - it will definitely lead to a wild piratical escapade.